As seems to have become a tradition over the last few years, I have come down with a cold just after finishing work for the year. For the last year I've been working four days a week only, and because I don't work Fridays I don't have to take Fridays as a holiday when I do wool shows. So I have had far more holiday this year than I've had for years - I'm not due back at work until Monday 6th January. Plenty of time of languish with a cold instead of running, sewing and knitting.

The main knitting as of late has been my Carousel Caps. I've now done six of them: three with carousel horses and three with unicorns. All commissions, they've gone out into the wide world and I haven't got one for myself. I really think I ought to make myself a unicorn cap!

Unicorn caps have a star on the top, the carousels have a lines spirally inwards. 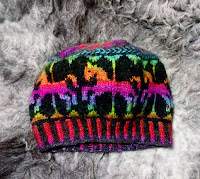 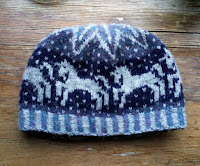 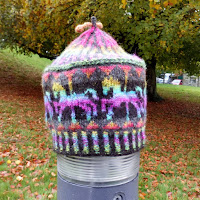 The colours in these hats are from my Away Wi' The Fairies colourway on white BFL/silk, which has worked so well. The black/grey background started off at J&S Supreme, but the latter few have been Kauni Effetgarn. Once it's had a good wash and block the fabric is gorgeously soft and squishy.


I've developed a tradition of knitting tiny little socks for people in my team at work. This year I'm in a completely different team, so four new socks were needed this year. 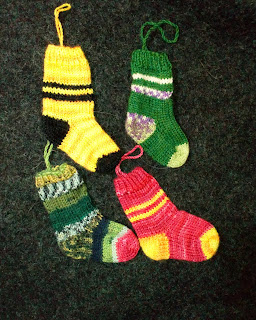 I am intending to cast on something big and complicated over my days off, and sew a pea jacket for Mark, and do lots of creative things. Nothing has happened yet.


A few days ago we went up to Grasmere for a talk at the Wordsworth Trust. There was snow on them there tops, and it was very windy, driving ribbons of hail across the valleys. So beautiful, but Hector was convinced we were torturing him with the cold and damp. Arthur couldn't wait to jump in the mere again. 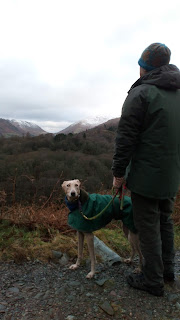 For the first time in quite few years, I've got all of my long-collected Yule decorations out and up. I've cleared the creel off everything that usually hangs off it, and fastened up rows of reindeer, bears, trees and stars, with the odd robin, dog, and various woodland creatures. 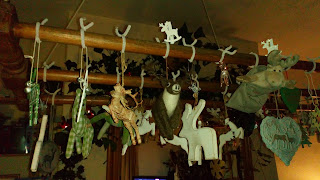 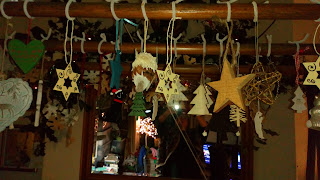 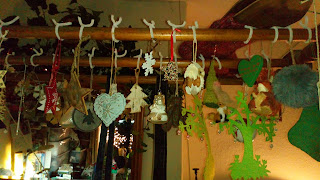 This little chap was new last year. Many of these come from Salts Mill Christmas shop, but I keep my eyes open and find all sorts of things in odd places. Museums are good sources. 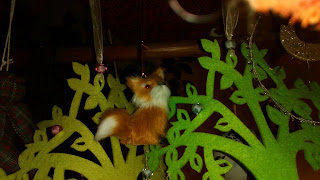 This tree was bought two years ago from a charity shop in Ilkley. It stays up all year, but is particularly appropriate at this time of year. Mum found me the five green glass drops. 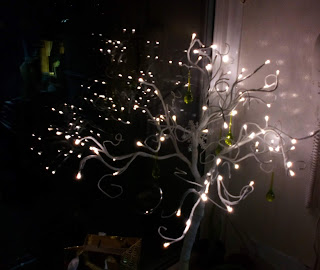 I took the boyz into Buck Wood this lunchtime to gather holly and ivy, which I tuck behind the big mirror and thread through with lights. It's something I really enjoy seeing; greenery in the house is a good thing at this time of year. I thanked each tree or plant as I clipped a branch, and I'll take it all back to the woods early next year. This was Arthur, demonstrating that he actually knows what 'Stay!' means.It was horribly muddy underfoot, and the river was high. 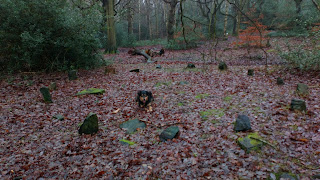 Sunrise was supposedly 8.23 this morning, but as we're so low down in the Aire valley, with a hill to the east, from late October to February the time sunlight reaches us it's an hour later. And we have Baildon Moor to our west, so we lose direct sunlight quite some time before official sunset at 15.47. One of these days I'd really like to live somewhere that's open to the west.

Solstice blessings to all; let's hope we all do better than expected before the next one.
Posted by Freyalyn at 20:43 1 comment:

A month after the event, some assorted photos of my visit to Leiden for the Knitting History Forum's event on the Texel Stocking, several trips to the Textile Research Centre, and a wander around Leiden.

There was a fascinating exhibition on socks at the Centre, tying in to the conference which was mainly about the Texel Silk Stocking project, which I got a good wander around on the Friday afternoon on our day of arrival. On the Monday afternoon (nearlyeverything in Leiden is closed on Monday) I spend several hours sewing labels on new arrivals for the collection, and gawping in wonder at the Leiden Hat and a tiny fragment of carbonised textile from Catal Huyuk. 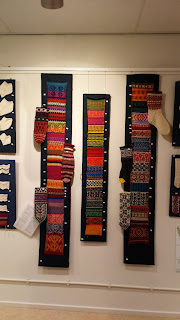 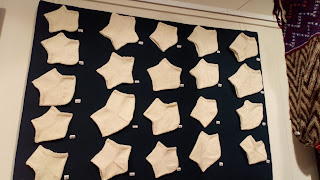 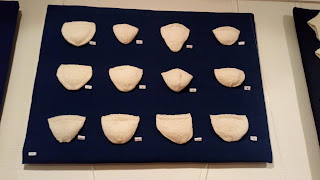 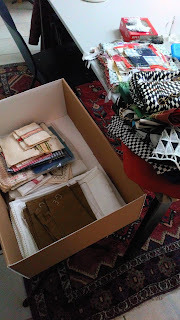 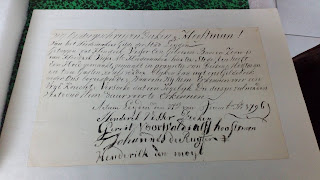 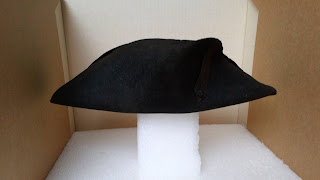 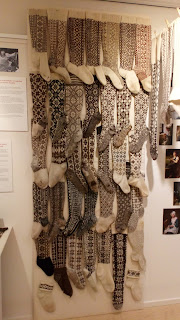 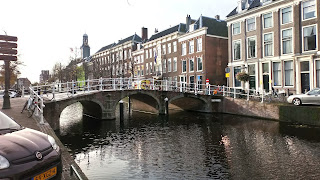 I also spent the entirity of my Sunday in Leiden at the main museum there. Excellent collection of Egyptian stuff, a good cross section of European stuff, lots of Roman things (as you'd expect given Leiden's geographical position), and a really good timeline of the area from the Ice Age to early Modern. A special exhibition about prehistoric Cyprus too. 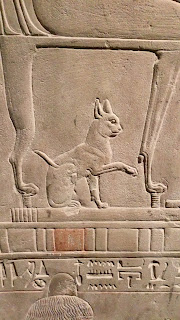 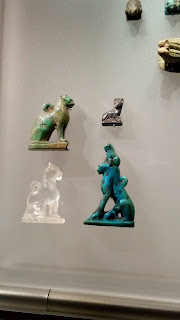 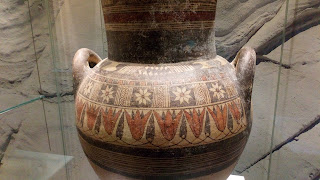 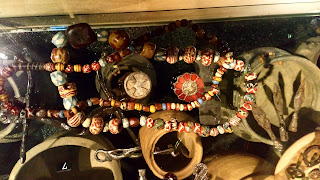 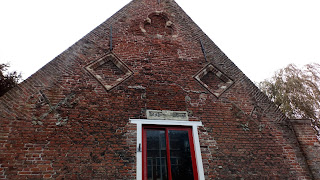 I was perhaps a little too tired to make the most of it. In October I'd had something on or been away for nearly every weekend, and it all got away from me somewhat. A November catching up with myself was rather necessary (and probably why this post didn't even get done until December).

I am currently in the throes of churning out a handful of hats with either carousel horses or unicorns on them - fun, but time-consuming. We were at a wonderful and touching gig in Halifax's Square Chapel last night, O'Hooley & Tidow, and this evening we're off to the very different Peatbog Fairies in Settle Victoria Hall. I'm knitting and spinning quietly this morning, enjoying the morning when I get the sun in our living room.
Posted by Freyalyn at 12:06 No comments: