Finally - all the shows are over for this year. The last one was Bakewell, last weekend - one of the smallest, but also one of the most successful for me. It's small and quiet enough to spend time talking to customers, helping and offering advice, time to catch up with fellow stallholders that we're seeing for the last time this year, but the customers came and they spent!

I was also teaching this year - I did a workshop on both days on handcarding. It's something that spinners quite often have not thought about doing 'properly' before, and I always manage to raise a few eyebrows. But people do seem to find it valuable.

So, today I managed to get all my yarn photographed in daylight, and the Etsy shop has been updated. I do have some lovely colours this year, even if I say so myself.

All I need to do now is find daylight to start photographing the yarn. Quite when, I don't know. This working-full-time lark is really not helpful... 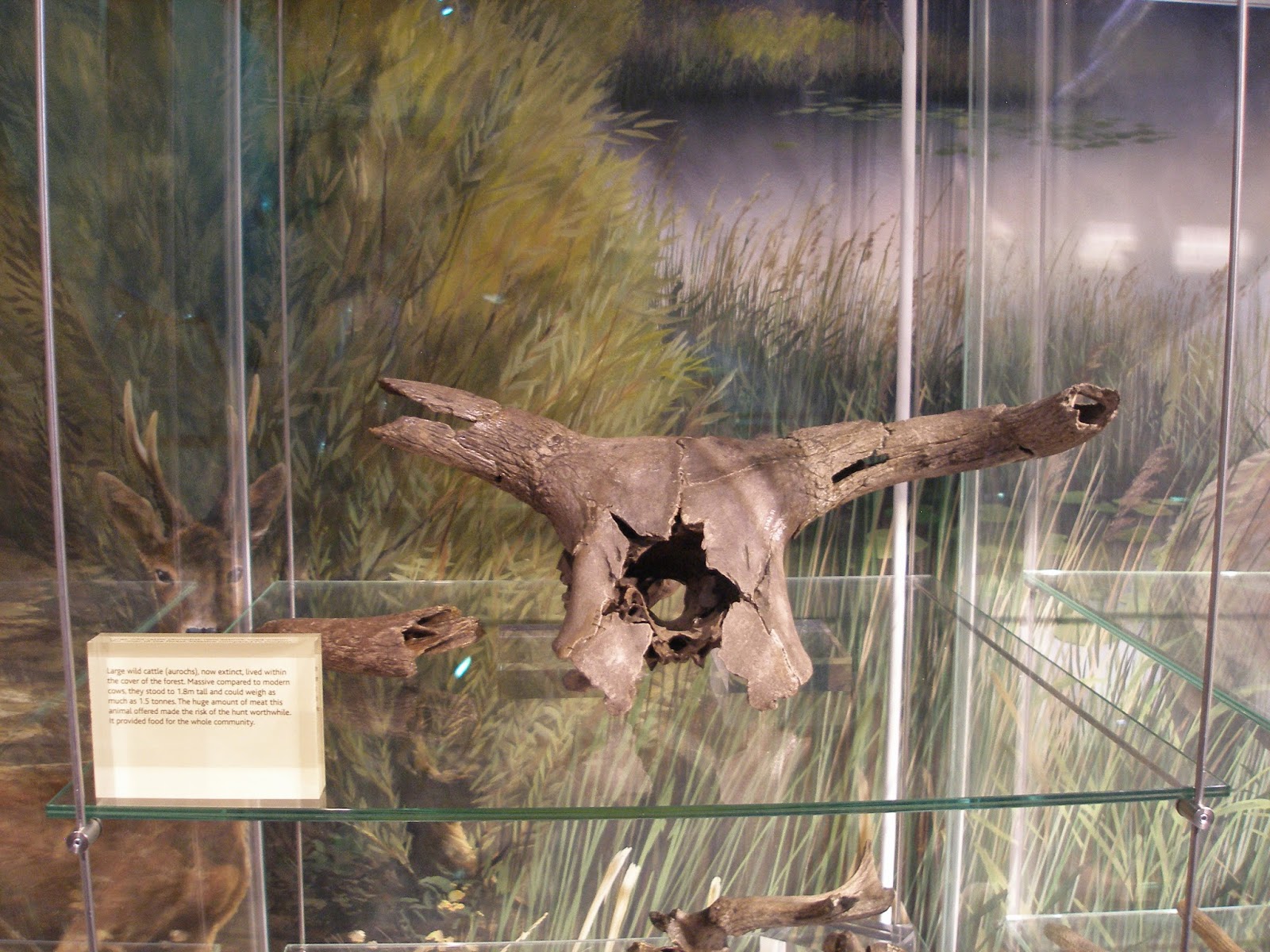 I have been following the great Dr Francis Pryor's blog for a while, and one of my favourite posts dates back a couple of years. In it he effortlessly combines a couple of interesting serious archaeological points, a bit of industrial archeology, some farming details, and a bit of utterly rib-splitting slapstick. Go and read it here - I'll wait.

Anyway, I can remember having a Twitter discussion about this with him earlier this year, at which point I conceived of the idea of a tea-cosy based on the Star Carr red deer skull frontlets. This bubbled away at the back of my mind for a while, until I discovered that Francis Pryor would be speaking at Ilkley Literature Festival this year. That happened today.

So on 25th September I pulled out a pair of 3.25mm circular needles, some Jacob yarn I traded for a year or two back, and cast on enough needles to go round a large head or a large teapot. After knitting in the round in black for a while, I brought in the white and knitted a rough approximation of the bottom of one of the frontlets (I worked off a photo of the one in the British Museum on my laptop in front of me). Once I'd finished with the black, I decreased to nothing in white and finished it off, and embroidered the holes in the top of the skull. (Not eyes, these are deliberately chipped holes in the skull top)

I then picked up the stitches from the cast on edge, knitted a bit more in black, and finished with the same decrease to nothing. The tea-cosy can then be pushed up inside itself, making a nice warm double layer of wool.

The antlers were knitted quickly, and then I stuffed them with wool and sewed them in place this morning, adding one of my sew-in labels and writing a quick care note.

Francis Pryor's talk this afternoon was excellent - funny, biting, educational. The audience were interesting too - when he brought politics into it (which given his character was unavoidable) and revealed he's been moving to the left as he's aged, half the audience hummed/nodded/clapped in approval, and the other half sighed and tutted with impatience.

And I presented this eminent archaeologist - possibly one of the most eminent living archaeologist - with this tea-cosy as he came off the podium, mentioning his blog post and our subsequent 'chat'. He nearly fell over laughing, and put it on to walk out of the very crowded room and into the signing area. (I can't imagine my own old archaeology professor every dreaming of doing this!)

And he put it on again when he signed my book. Yes, of course I bought a copy of his book: Home - A Time Traveller's Tales From Britain's Prehistory. I have no doubt it will be fascinating. 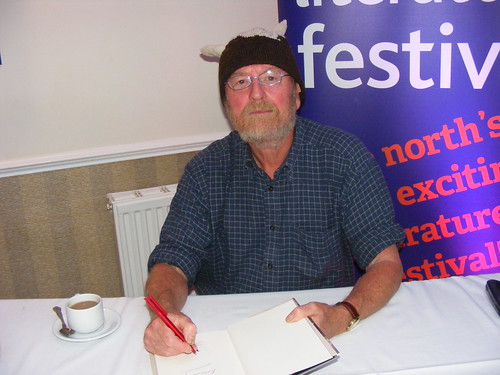 He was going for the gravitas effect.

And yes, I made notes. Do you think they'll be a demand for a Mesolithic Shamanic Headdress Tea-Cosy?
Posted by Freyalyn at 18:02 2 comments: