Just come back from a wonderful week in Somerset and Cornwall, and things are suddenly happening. 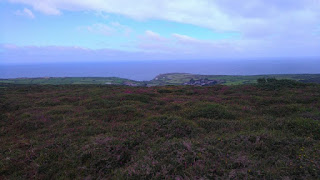 There was no wifi in our field above Zennor - just lots of wind and rain and even more wind and perhaps a gale or two - so I had to toddle down to the Tinners Arms or the cafe in Zennor to communicate with the outer world.

On one such trip, I was delighted to get an email from Perth Festival of Yarn, to let me know I've got a last minute stall there. So an extra show for Freyalyn's Fibres before Bakewell Wool Gathering in October.

We'd planned to go up and visit the show as visitors, but I'd sent an email enquiring about vending for next year and they kindly offered me this year too! Better check the dyepans.
Posted by Freyalyn at 20:11 No comments: Links to this post

So the fungus-inspired colourway of the last couple of weeks now has a name: Versicolour.

I've done a couple more now, one on white Southdown (crisp and bouncy) and one on oatmeal BFL (the colours more muted and subtler than on white). 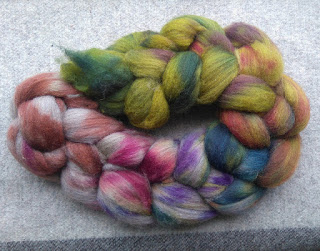 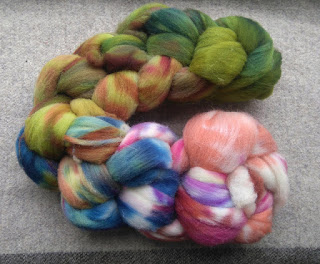 It's very different from my usual dyeing, but this has been popular enough that I think I shall keep doing it, even if I can only do this one 200g lot at once in a dyepan.


Anyway, while I had the dyepans out I did a quick bit of Nightfall, over both black and oatmeal BFL/silk. Someone had contacted via Etsy regarding this colourway, so I put all four up on Etsy and she bought the one she wanted straightaway. The other three are still up there. 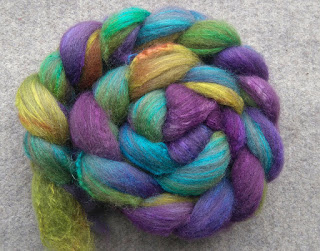 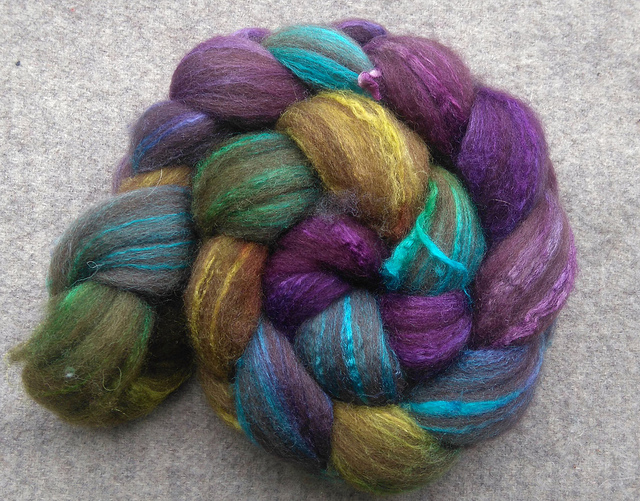 Posted by Freyalyn at 19:14 No comments: Links to this post